Marie randomly picked this book from the library last week...

It's about a little king who was not very brave. He had ten tall soldiers and a little boy named Peter to protect him. Every different room the king entered, he saw a new and scarier "monster" which were actually his shadows. He left soldiers in each room to keep watch for the "monsters." In the end, the little boy named Peter figured out that the king was seeing his shadow and they all laughed. Peter was so brave, he was promoted to a real soldier. And the king was never scared of his shadow again.

Marie has had a fascination with shadows for a long time. So I was excited about this book. After reading it, we went outside on the trampoline and made our own monsters with our shadows. Followed, of course, by trying to jump on each others' shadows.

Jack did not understand shadows while we were out on the trampoline, but over the last few days he's definitely gotten it. He gets very excited when he sees his! I love getting to watch my babies learn. 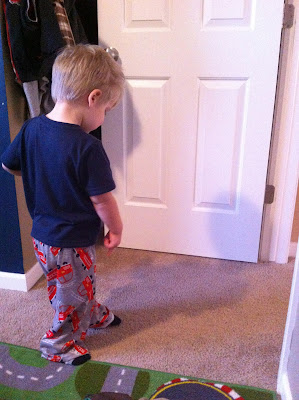 I just came across this activity recently...

Match the picture with its shadow. Jack is amazingly good at these!

The sun is finally shining around these parts so go play with your shadows! Most mornings the last week has involved a Jack shadow monster... 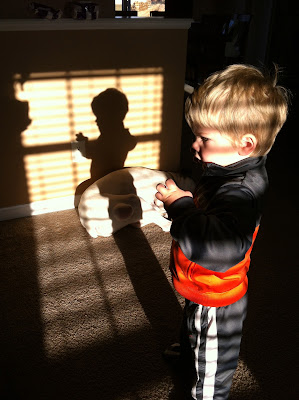