How We Survived Washington D.C. with Kids

We have officially reached a new chapter in our lives. Our babiest is 3 and she gets to remain the babiest forever. This means that the actual baby stage of raising kids is behind us. And that Amber will forever be treated like the perfect little princess that she is. 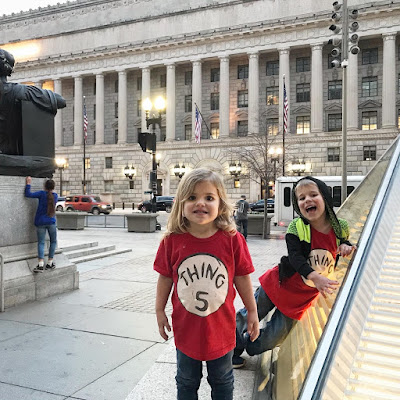 And this also means that we have just a tiny bit more freedom to travel!

This past Christmas we went out to PA to spend time with family. And since we were already going to be all the way out East, we couldn't resist a trip into Washington DC, which served as the kids' Christmas present. 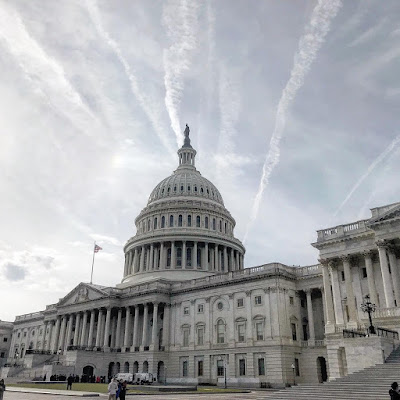 This was not our first traveling experience with all five babes so we had a pretty good idea of what we were getting ourselves into. But Derek and I both walked away having gleaned wisdom on what to expect on such adventures in the future. It only seems like the friendly things to do to pass along some of that wisdom:

I am not a planner. In a perfect world of my own making, we would fly by the seat of our pants all day every day. Thankfully, my other half is significantly wiser and is a thorough planner. While my pants may work just fine as a guide if we had all the time in the world and no weary, little feet, a plan is truly your survival guide with kids. 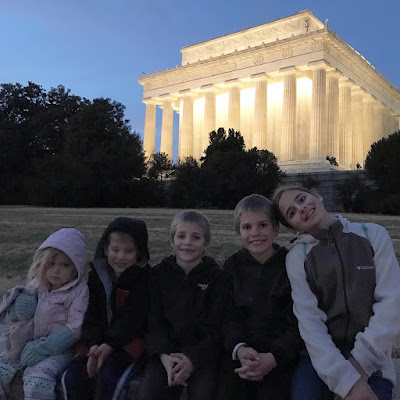 So Derek planned out our time, where we would visit, where we would park, and how to get to each of these places. He scheduled a tour of the Capitol building (the White House is "closed" over Christmas and New Years, FYI) and knew ahead of time what to expect while there (no food or drink!). He had all the places we wanted to hit the most mapped out, with bonus things ready in case we were up for it.

Here's the thing about planning: it has to be flexible! More on that in a sec.

AirBnB will save you

Here's why:
You'll actually get sleep because you won't all be shoved into the same tiny room.
You'll pay way less for way more. 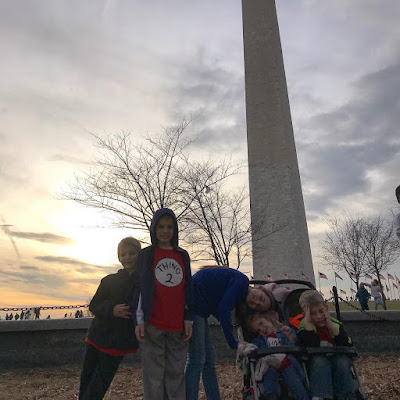 We really hate sleeping in a hotel. As nice as a pool is (and sometimes we are willing to suffer the hotel thing just for that), sleeping 7 in one room is a nightmare. And to pay for a suite... well an AirBnB is much more economical.

Ours was fantastic! We had an entire house to ourselves and plenty of space for all! Kitchen. Laundry. Disney+. And it cost the same as a hotel room. So you're welcome for that advice.

We hadn't intended to use Uber but have you ever been to DC? So.Much.Walking! By the end of the day, the littles (and the grownups) just didn't have it in them to walk all the way back to the van. We spent roughly the amount on Uber that we would have on the metro. But we got picked up where ever we wanted and brought directly to our van in record time.

We ended up calling an Uber 3 times and every time they were super nice and professional. So much safer and less stressful than dragging the kids through the metro system in the dark of night! Which, by the way, begins around 4 in the middle of the winter. 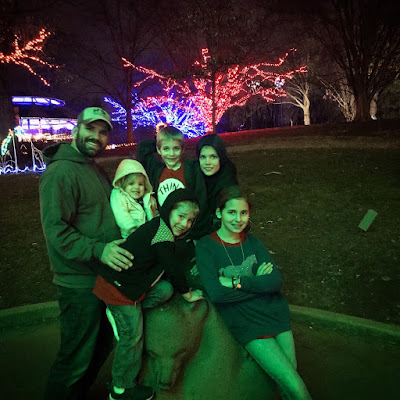 A stroller is a MUST

You probably are aware that DC involves a lot of walking. But let me just tell you, it's more than a lot. It's more than you think. It's always more. Praise the Lord, my MIL had a double stroller that we could plop our littlest two into. And our coats and snacks and water bottles. And bags for throw-up because we happened to need those... 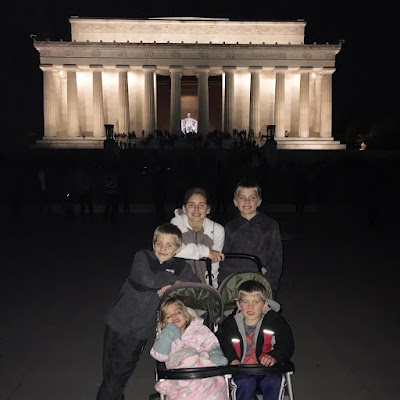 Throw out your expectations

We have learned this over and over since becoming parents. Things will never go as planned with kids. So we went into our trip to DC having already thrown out most of our expectations. Derek had his plan but we knew it was simply a guideline to keep our sanity. Otherwise, it was completely throw-out-able. Flexible enough to be totally different when all was said and done.

Our trip actually went mostly as planned, except...

Get rid of the rest of your expectations

We did a fraction of what we had hoped to do. In spite of PERFECT weather the entire time, there simply wasn't any way to fit everything in. And by everything, I mean the very few things we were determined to get to.

DC cannot be done in two days. 5 kids or no kids. Can't be done.

So we were very selective about where we went, and still didn't manage all the places. I realized that I had been viewing this as a once-in-a-lifetime trip, but when I let go of that, I could let go of the rest of my expectations. Even if it was the only time we'll ever go as a whole family, I had to recognize that we weren't missing out. Quite the contrary. The entire adventure was purely gift, unmet expectations and all. And that's the perfect segue into... 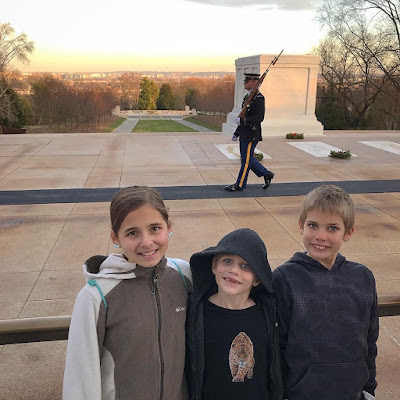 Treasure your people more than the places

It would have been so easy to lose it on my kids on multiple occasions while we walked (and walked) around DC. I could have ruined the fun for us all by dwelling on the handful of things I had really wanted to do but we simply couldn't make happen. If Derek or I had started grouching about sore feet or gave in to any sort of complaining, the whole trip could have been an utter disaster. But, by the grace of God and the help of each other, we were able to (for the most part!) savor the moments with our littles. Invest in their hearts and souls more than their academic knowledge of all things DC.

Our kids won't likely remember all the things we saw, did, and learned (I already forget half of it!), but we believe they'll be able to look back on this trip with better memories than the statues and paintings in the Capitol or the pretty First Ladies dresses or the details of the flag of Fort Henry. They'll remember being loved and treasured while learning what it means to honor and respect our great country and those who made it worthy of those things.

That was our ultimate goal, anyway, and I pray it was accomplished! 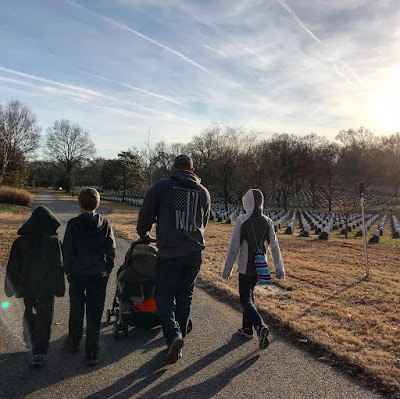 Go ahead and use this wisdom for your next trip to Washington D.C. or anywhere for that matter. Where have you traveled with kids lately?