February was pretty intense as far as life goes. We sold our very first home. It was a little bit devastating. But now we've been in our new home for two weeks and are loving it. I'm leaving off an exclamation point from that last sentence because it's been an experience. And I've been flushing stink bugs all day so I'm kinda irked and grossed out.

More on the house another time. I promise! Because it's a bit of a fixer upper so it's gonna be all sorts of crazy stressful fun!

On to our February date.

Derek turned older than Jesus on the 16th. His love language is gifts so it's amazing that he feels loved at all because I'm horrible at giving gifts and coming up with fun surprises. I secured babysitters (read: my parents) for almost a whole day. I had the date set for nearly a month. But I couldn't for the life of me come up with anything to do! I mean, funds were tight so it needed to be basically free. And Derek's the one who's super talented at making plans and being creative. I finally told him I had a surprise day for him planned but nothing actually planned. Poor guy.

So he came up with the plans. And I'll be honest (I really don't have any trouble with that), it wasn't what I would call super fun. But he had a blast and that makes me happy. 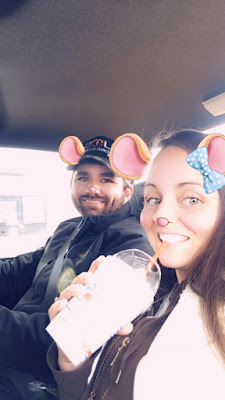 We started the day with a lesson on driving his truck. I stalled out at least 3 times but managed to only cry once. It was a short lesson.

Then we headed to a nearby breakfast spot that was so busy we decided to leave.

We then went to a place that sells wood burning stoves. We asked lots of questions and got lots of answers and a little bit of sticker shock. Then we left with Derek all pumped up about buying one and me secretly praying we'll never get one. I tried to keep it a secret but he asked me what I thought... He lets me have just about whatever I want so while I really really don't want one for my sake, I'm all about getting one for my main man because he's my favorite.

Then we had lunch at Sonic. No breakfast happened so I got a milkshake, too. Easily made up all the missing calories. 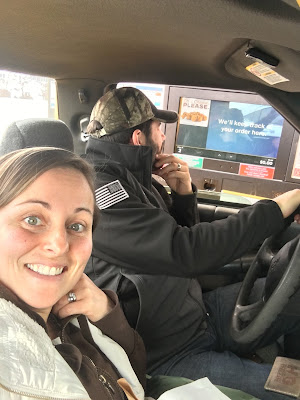 We finished out the day at this cool little board game shop. We played 7Wonders with the owner of the place, then Derek spent another hour teaching himself how to play a super complicated Russian game while I browsed and talked with other patrons. It was relaxing. A little boring for me, sure, but Derek had a great time. And by extension, so did I. 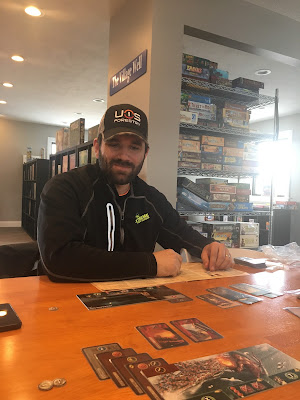 Honestly, it was a great day because it made my superhero happy. Now if only I could learn how to drive a stick...