Guys, I don't have time for this! I have commissioned work that has to be done and I'm sitting here writing flash fiction.

I'm claiming it as a warm up to the multiple articles I need to finish tooonight. I have to be done after these two for today. Got it? I know you're all disappointed.

These two shorts are both using characters from my WIP (work in progress). Enjoy a glimpse into the world of Marie and Nastia. 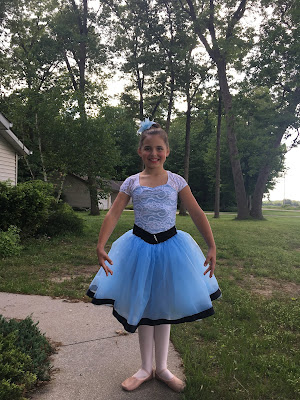 As she watched the dancers, each so poised, fluid, perfect, something was forming in the pit of her stomach.

She focused on her dearest friend who had a gift for ballet that exceeded everyone's in the room. Her love of dance made her face shine even after a long and arduous practice. Even after a hard and painful life. She admired her in all the ways.

But as she sat on the sidelines of the ballet life, jealousy began to take hold. And mixed with how much she loved her best friend was flecks of hate borne of envy. And in this moment, she let that feeling boil up from deep within and fester for a little too long.

"I think so. But there's really only one way to know for sure." Marie took a step toward the door and called, "Hey Jake, we need your help in here!"

Nastia's anxiety at the thought of practicing a lift was thrust into full on panic when she realized Jake would be doing the lifting. "Marie, really, I just don't..."

"How may I be of service?" Jake asked with a goofy grin and some crumbs tumbling off his chin onto his shirt. He took another bite of his turkey sandwich.

Marie turned to Nastia without responding to her brother. "Jake helps me all the time with lifts. I know he doesn't really look like it, but he's actually really strong."

Marie rolled her eyes and Nastia felt her cheeks flush.

When everyone was situated according to Marie's specifications, Jake looked at Nastia and smiled. "Marie is right," he said. "I really am strong. And I've lifted her a million times."

At Marie's impatient urging, Jake stood behind Nastia and placed his hands on her hips. Her breath caught but she willed herself to let it out slowly and focus. She followed Marie's direction, lifting into second position on pointe, then feeling herself leave the ground. For the first time she really was floating, free of the chains of earth. But she wasn't alone as she soared above reality. Jake was there. Jake was keeping her safe.
Posted by Lindsay